As a world class lens manufacturer and pioneer in digital world from the very early ages, it was obvious for Liquid Eye to propose a model for their amazing mirrorless cameras

Those cameras are capable of recording video in 4K resolution up to 60 fps.

Their look styled after an SLR make them very familiar and easy to use. 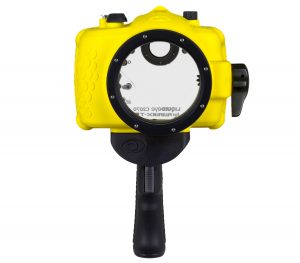 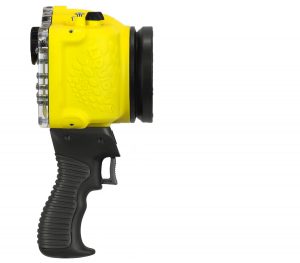 Fujifilm AKA Fuji for most of the people, is a very well know brand from Japan. They first started by manufacturing films from mid 20th century. From those who comes from the age of E6 era, everybody remember their famous Velvia 50. A very popular film among nature and landscape photography but also for sea sports photography. Back then in the early 90’s, Velvia was THE reference. The Velvia makes warm colors warmer and makes other colors look even better than reality.

But Fuji in the mid 40’s was also starting to manufacture lenses and some of other kind of equipment markets. They were pioneers in the digital imagery, they invented computer radiography. In 1962 they launched Fuji Xerox through a join venture with Xerox in UK.

As early as in the 80’s, Fuji was ready to do the switch to digital photography. In 1988, Fujifilm launched the FUJIX DS-1P in Germany Photokina show. It was the first full digital camera. One year later, in 1989, it began sales of the FUJIX DS-X. The first available digital camera on the market.

Fujifilm DNA always push this brand to develop on its own, and they do it very well.

In 2011, they launched the Fujifilm X line which is high-end mirrorless camera designed for professional and enthusiast market. In September 2018, they announced the X-T3, successor of the X-T2. The X-T4 followed in February 2020.

Liquid Eye Water Housing systems has designed a dedicated water housings to be fit the Fujifilm X-T series. Giving professional and amateur photographers and videographers the creative freedom to shoot in and around the water with these compact, lightweight, and cutting-edge digital cameras.

WhatsApp Chat is free, download and try it now here!