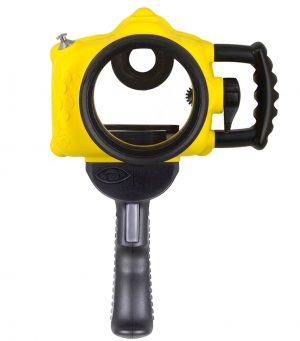 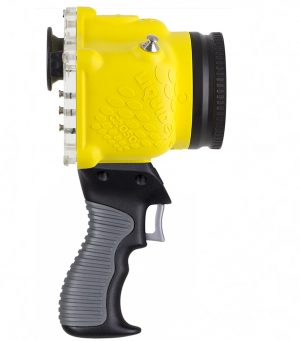 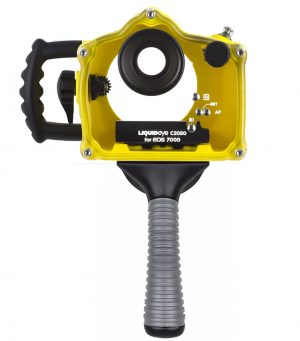 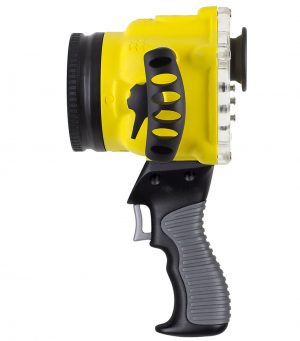 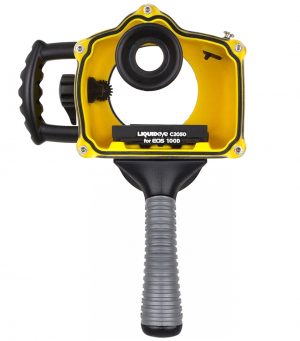 To purchase a Liquid Eye C2050 water housing for the Canon 700D Rebel T5i Kiss X7i camera, you will need to hit the “Shop Here” button up above.

Our C2050 Water Housing for Canon 700D Rebel T5i Kiss X7i is sold as a ready to use kit ; just add your camera, lens, and you’re ready to start creating images in and around the water.

This is a complete water ready system; all you add is the camera and lens and you are equipped to go.
Our Liquid Eye Model C2050 Water Housing for Canon 700D Rebel T5i Kiss X7i is compatible with several others different camera bodies. All that is needed to switch from one to another is to switch the camera tray, the back plate (for Advanced Models only), the camera plug (if the two cameras use different plugs) and the Shutter Extender (for Advanced Models only).

On the Advanced back plate

What’s in the Box for the Water Housing for Canon 700D rebel T5i Kiss X7i ? 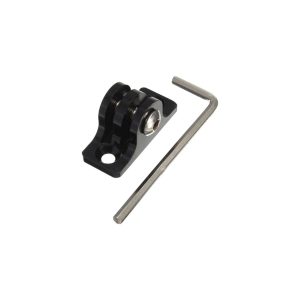 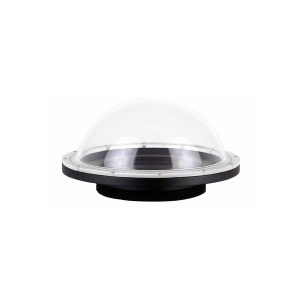 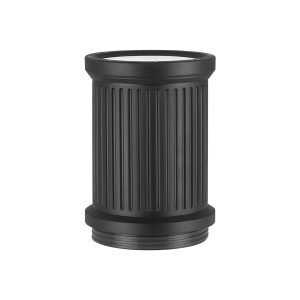 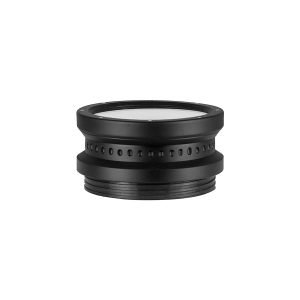 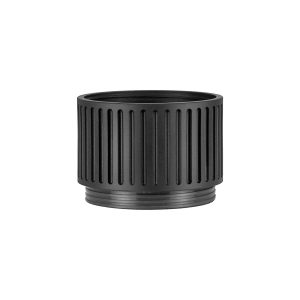 Launched mid June 2013 the Canon 700D or Rebel T5i or Kiss X7i is as its predecessor an entry-level DLSR Camera, it also has the same 18.0 MP APS-C sensor. Most of what is valid for the Canon 600D will be for the 700D with a little bit of extras here and there.

The Canon 700D can be considered as a great mid-range camera and because of the launch of newer models its price dropped which make it a good value camera to use in a water housing.
The phase detect autofocus point introduced in the 650D is also a nice feature of the 700D and can be useful in some situations.
The 700D is very good at holding focus on moving subjects during continuous shooting. This is made possible by the 9 AF sensors, as they are crossed type, they increase the AF efficiency.
3 modes of AF are available such as One shot, AI Focus or AI Servo.

The 700D is also equipped with a touch screen, not very useful when using it in a water housing but it is good to have when it is available.
As its predecessors, the 700D is well equipped with controls on a nice and easy lay out and a large choice of single function buttons.

The Q button will turn the LCD screen on and will give a very wide range of functions and values. In a water housing the Q mode is a very important additional value given to all the cameras equipped with this feature. With only 3 controls (Q button, back dial and multicontroler) you can change about 90% of the values. This is one of the best control ever added on a camera when it comes to enclose it in a water housing as it makes the controls very easy to operate.

The 3 inches screen is pin sharp, and it is very bright too, it can be adjusted at 7 different level of brightness. You can see your subject when shooting outdoor on a bright day or review photos of your shots at the line up waiting for the next wave.

The 700D as also a real time viewing of creative filters. Which means you make adjustments at the exposure time and not at the post processing stage.

The 700D accepts SD, SDHC and SDXC memory cards. As the other Rebels it is delivered with an eyecup, a battery pack, a charger, a camera strap, a USB interface cable and, of course, a CD-Rom software with a printed manual.

The 700D produces good video and stills images. It also has enough bells and whistles to get good shots in a water housing. The AF is very good.
The Canon 700D is a very nice little camera and it will make many of water photographers happy without harming too much their budget.